In Making the Case, I take an unpopular opinion I have or an improbable scenario, and I try to convince you of my stance; I make the case for it.

This week: Atlético Madrid will be the 2018/19 champions of LaLiga.

As I’m writing this, Atléti have the third lowest odds to win the league, behind the usual suspects Barcelona and Real Madrid. Barça are the clear favourites to repeat with 4/5 odds, and the Cristiano Ronaldo-less Real Madrid are second with 7/4 odds, per Oddschecker. Atléti have ridiculously high odds at 10/1, so it’s safe to say they’re anything but favourites.

Ever since his appointment in late 2011, manager Diego Simeone has laid a foundation of having an absolutely bulletproof defence, and build from there. Since 2012/13, his first full season in charge, they’ve never conceded more than a goal a game in the league. Actually, they’ve conceded less than half a goal a game in 2015/16.

What’s changed for Atléti in the last few seasons is their way of scoring goals. While they used to be extremely reliant on set-pieces in terms of their goalscoring, it’s now coming from open play, often in the form of a counter-attack. To put this into numbers: in 2014/15, 52% of Atléti’s goals came from set-pieces (!), compared to last season’s 14%.

This massive change is largely because of Antoine Griezmann. Since his signing, most attacks flow through the Frenchman, with him either finding that killer pass or going for goal himself. After a slow start last season, he eventually ended up with 29 goals and 15 assists across all competitions.

However, because of this, because of the fact he’s the main scoring option as well as one of the main creators, the team has started to lean on him (too) heavily. If he’d have an off-game, so would Atléti.

That’s why I’m so impressed with the signings the club has made. Thomas Lemar is a great winger who will take away some of the burden when it comes to creating. The 22-year-old averaged 2 key passes per game at AS Monaco, assisting 22 and scoring 18 goals in two seasons in the Principality.

Rodrigo Hernández, or Rodri, is the second key signing. The Atléti academy product anchored Villarreal’s midfield last season and was brought back to the Spanish capital this summer, as he signed for €20 million.

At 6’2″, Rodri is a rock-solid midfielder who can shield the defence very well, winning 2,8 tackles per game and making 1,4 interceptions in LaLiga last season, per WhoScored. On top of that, he’s a very good passer of the ball too, thus drawing a lot of comparisons to Barcelona’s Sergio Busquets.

Rodri: Only Ivan Rakitic (2253) made more accurate passes than Rodri (2227) in La Liga this season #AupaAtleti

Rodri will allow Koke and Saúl to push higher up the pitch, which, again, helps Griezmann out.

All in all, you could argue this is the best Atléti side Diego Simeone has had as a manager. Let’s look at the team. The core of the 2013/14 title and almost-Champions League-winning side is still intact; the likes of Diego Godín, Diego Costa and Koke are still crucial players in the current side. 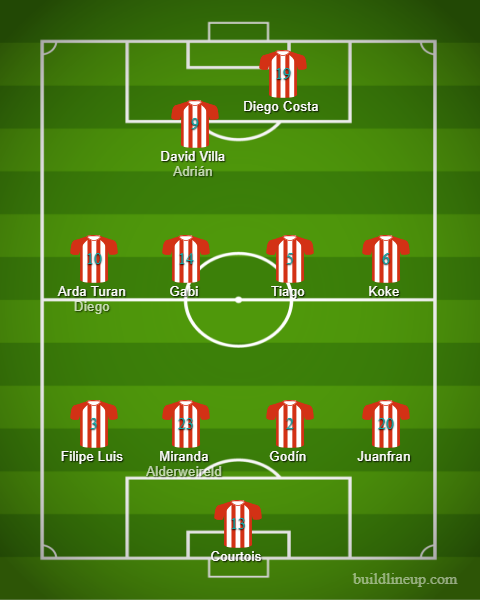 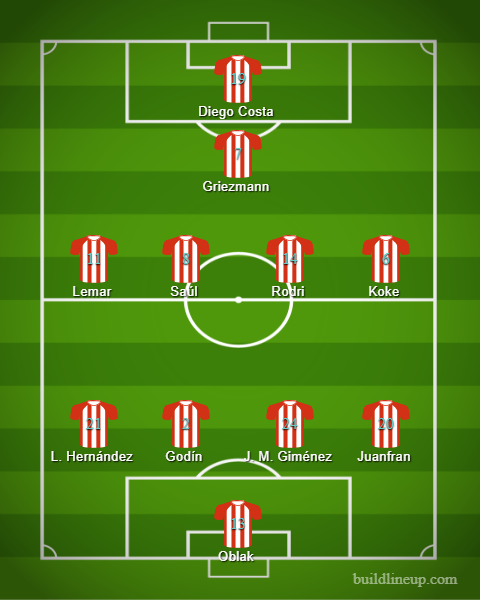 However, what this season’s side has, more than the 2013/14 team and more than the current Real Madrid and Barcelona teams, is depth. A lot of it.

You can almost make an entire XI of quality players who won’t start. Antonio Adán, who was in goal last season for Real Betis as they finished 6th, is a great back-up for Jan Oblak. Having to choose between Lucas Hernández and Filipe Luis at left-back is a good problem to have. Santiago Arias was signed from PSV to give Juanfran the occasional rest. Gelson Martins will be an amazing impact-sub and occasional starter on the right wing. Nikola Kalinić is a massive upgrade from the departed Fernando Torres. I haven’t even mentioned Thomas Partey and Ángel Correa.

Put all of these factors together: The air-tight defence, the impact of Lemar and Rodri, the fact that Antoine Griezmann will be liberated and will be scoring at will, the incredible depth.

The stars are lining up for Atlético Madrid. They can win LaLiga this season. I rest my case.