Today’s Premier League 2 Division 2 action sees the newly-crowned champs Blackburn Rovers U23’s travel to take on a side that has had quite the opposite season – West Bromwich Albion U23’s.

Blackburn, albeit in League One, have been excellent all season long and will (almost certainly) gain direct promotion back to the Championship as they sit in second.

The U23 have dominated this season and managed to secure the title this Friday, as second-placed Aston Villa U23’s lost, meaning that it’s now mathematically impossible for them to catch up.

As for West Brom, they’ve been massively struggling all season and sit in last place, much like their respective senior team in the Premier League. 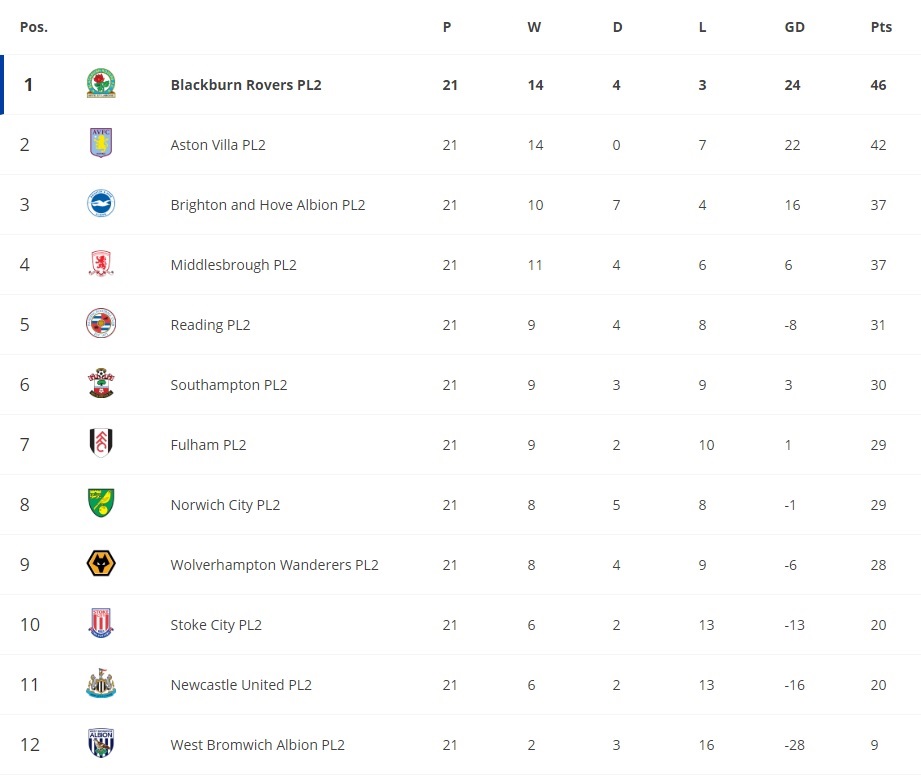 Both teams will head into Monday night’s game having lost their last game.

However, that loss ended a four-game winning streak for Blackburn, whereas West Brom have gathered only one point from their last seven league games.

The reverse fixture between the two sides in November ended 2-2, which should give West Brom some sort of confidence, as they’ve only managed to score eight more points in the twenty other games.

Key stat: West Bromwich Albion U23 have failed to keep a clean sheet in 35 (!) consecutive matches (per sofascore.com).

Ending on a high

Despite being destined for the last place in the table after only winning two games from 21, West Brom U23’s manager Jamie Smith hopes to end the season on a high at the Hawthorns.

“It’s been a tough campaign, but hopefully we’ll reap the benefits next season and in the seasons to come with us having been so young at under-23s level.

“It’s going to be great for the boys to go out and play on the Hawthorns pitch, and hopefully we can get a positive result to end the campaign with.”

Blackburn U23’s manager Damien Johnson didn’t struggle to find positives to take from this season, as he hails his side’s mentality and work rate.

“Most teams in the league will tell you they have a good group but we’ve applied ourselves well and set standards.

“The mentality and the desire to keep pushing themselves is vital for any young player.

“The carrot is there for them but there is still plenty of hard work to do for Monday’s game.”